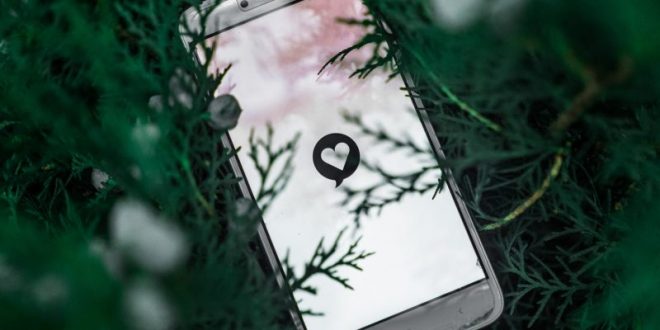 He looked appropriately pleasant. I knew Eleanor would be irritated by my lack of details. A tanned face with a wide grin and dishevelled hair. Were his teeth straight? Were his eyes as green as his Tinder profile? Were his eyebrows symmetrical? These details were lost on me.

My cheeks were twitching from smiling for too long. I stared in the general direction of his face, hoping I had landed closer to attentive than creepy.

“So… what kind of things are you into?” he asked. He sounded nervous too, or maybe I was just projecting. I squeezed my fists a little, trying to calculate my response. The number of instances before today that I’d gone out with a complete stranger totalled an impressive zero.

“I take photos,” I said a little too loudly. “I’m into photography. Mostly landscape because I like travelling.” I was rambling. He doesn’t scoff like most people, but then again, he doesn’t really know yet… Eleanor had said that it didn’t matter. But it does. It always seems to matter.

“That’s amazing! You have to show me some of your shots,” he responded. It was a textbook reply, but I allowed myself to indulge in the delusion that he cared.

Being in a moment, seeing the scene, and capturing details beyond what I could see; that was magical. There was something enchanting about sitting atop a cliff, clicking, and making the moment eternal. My photos were more vivid than any real moment in my life. That’s how I’d like to remember everything. In clear 4K HD, with brilliant gradients and infinite detail. From a photo I can hear the wind and smell the freedom and I forget just for a second. I forget that it’s all an illusion.

We’re interrupted by the menus. My heart drops. The measly piece of cardboard glares at me, the appetisers and mains blurring together in an infinite squiggle. Begrudgingly I hold the cardboard up. It’s about thirty centimetres from my face and completely cryptic. I pull it closer ever so carefully… the menu rests three centimetres from my face; finally legible. A growing heat crawls onto my cheeks. I squint to focus, skirting around the mains desperately searching for something familiar. A burger! Yes, that’ll do. Wait, no! Too messy for a first date. I was frazzled prey in uncharted territory and I was being outnumbered by the second.

“Maybe try holding it a little further, haha. How can you even see like that?”

My throat tightens slightly as I giggle nervously. He was just trying to be helpful in his own able-person misguided way, right? But I can’t resist the misdirected and untamed rage growing inside me.

At age five I was knighted as a four-eyed freak.

At seven the ophthalmologist took over.

At ten I was told I couldn’t be a pilot. No one had ever asked me what I aspired to be.

At twelve I was informed I could never drive. My dreams of buying my first car, late night Maccas runs and owning a Porsche fizzled away with my vision.

At fifteen I was a self-declared anomaly: ‘A person or thing that is different from what is usual and therefore not satisfactory.’ An inadequate outlier. I resided in a limbo; my vision evidently deplorable, yet too good to be deemed blind.

At sixteen a blanket of helplessness had seized me.

Impairment seemed like a euphemism for disability. As if somehow deep down I was afraid to verbalise that something was inherently wrong with me. Broken. Dis. Abled.

Here I sat opposite a perfectly fine man. By all accounts, he was a catch. But I knew how the narrative went. I could sense it in the way he sat a little straighter, darted his eyes and tapped his fingers. I had successfully unsettled him.

Would there be a second date? Perhaps. Perhaps even a third and fourth. But there was never going to be a forever. Not for someone like me.

“There are three copying mistakes in your DNA…” Dr. Hugh reported. Darkness swallowed me whole.

My parents began to argue incredulously. But all our ancestors had perfect vision! I deserved this for not eating my greens! Carrots were my hamartia. And don’t get them started on how much TV I watched at five. Their shame manifested into denial and eventual resignation. My disability impairment had rendered me incapacitated. A failure by default.

How could I expect someone to love me? Perhaps there was a fourth date. Hell, perhaps there was a tenth. But at some point there was always the conversation. It left me feeling almost as broken as the world believed I was. What about the kids? My condition was such unbearable torture that my hypothetical children were better off unimagined.

At eighteen I was told that wanting to have a family was offensive.

At nineteen I picked up a camera.

I sit next to Eleanor, closing her car door with too much force. She smiles knowingly. “Tinder was a stupid idea anyway!” she claims, convincing herself more than me. There were two people in the world I felt whole around and they were both in this car. I didn’t have to pretend to be more than I was. I was human and that was okay. It wasn’t okay to everyone. I wasn’t okay always. But in these moments. Between us, it was more than okay.

“Hey, look at this video,” Eleanor says in her unsubtle attempt to change topics. I laugh at the appropriate moments, staring at the bright blurry screen she held up.

At twenty I had become impeccable at pretending.

Atia Fatimah is a third year psychology student who is a self-proclaimed workaholic. When she’s not working, you can spot her at over-hyped, over-priced restaurants where she takes on her alternate food-blogger personality. She enjoys shedding fresh perspective on issues, being overly critical of films (unless they’re Marvel) and plotting exquisite yet impractical plans to travel the world.

Share
Previous Victory against the IMF in Ecuador – So What’s Next?
Next Don’t Know Why