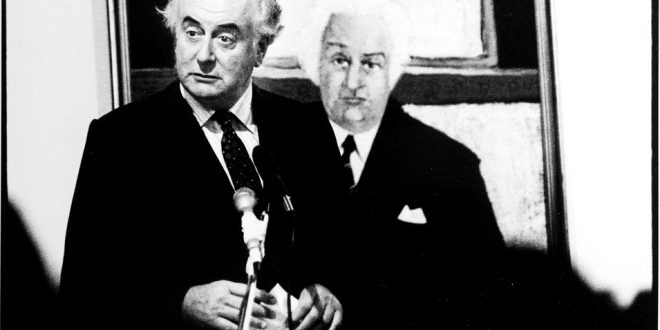 Along with the sacking of Gough Whitlam, the Governor-General and the British Crown’s correspondences reveal a myriad of other discussions between the Palace and its Australian representative.

Sir John Kerr and Sir Martin Charteris (the Queen’s private secretary) pondered the future of a multicultural Australia, the possibility of Prince Charles succeeding Kerr as Governor-General of Australia, Kerr’s sympathy for a far-right organisation defending his legacy, the surprising details of Kerr’s second marriage and even joking of the possibility of sacking a second Prime Minister in a row. All tea will be spilled below.

Reading over 1200 pages of the back and forth between Kerr and Charteris, it is impressed upon the reader that Charteris had a natural flair for conversational writing, while Kerr found it more of a struggle. Charteris was much more emotive in his writing and seemed to genuinely enjoy conversing with Kerr. In fact, in one letter he called their exchanges ‘the most interesting and agreeable aspect of his official life.’

Kerr was also obsessed with his legacy and how he was perceived by the general public. Anyone who viewed him unfavourably were of ‘the far-left’ or ‘entrapped by ALP ideology’. He would frequently send the Palace favourable news and academic articles, polling that he claimed vindicated his decision and at one point brushed aside the ‘anti-Semitism and “racialism”’ of Eric Butler, the founder of a far-right organisation (the Australian League of Rights), as they were ‘sympathetic’ to him.

This self-obsession extended to antipathy for one particular woman. Over the course of several letters, Kerr and Charteris wrote extensively about one Harriett Swift, the founder of the Society for Asserting the Constitution over Kerr (SACK). Swift contacted the Palace on several occasions, seeking the removal of Kerr as Governor-General, along with receiving extensive media coverage. Kerr found her to be ‘troublesome’ and not ‘worth speaking on’. Charteris called Swift ‘a most disagreeable “person”’ (quotation marks were Charteris’).

Multicultural Australia and the Crown

In a letter and reply sequence of December 1976, Kerr and Charteris pondered the viability of the British Crown in an increasingly multicultural Australia. Kerr warned of the inherent republicanism of immigrants – who in his words were ‘mainly Italians, Greeks, Yugoslavs, and Germans’ as well as ‘(people from) Egypt and Turkey, Lebanon and other Arab countries’ and ‘(although) not yet significantly, we have Asians.’

Charteris also felt that the ‘increasingly non-British ethnic make-up’ of the Australian populace was a danger to The Crown. The Secretary believed a remedy for this conundrum would be more frequent visits by the Queen and her family.

In 1976, Kerr also floated the possibility of Queen Elizabeth’s eldest son, Prince Charles, succeeding him as Governor-General of the nation. While the scenario of an actual member of the Royal Family using the reserve powers to dismiss a democratically elected Government, again – was pontificated upon; what ultimately killed this idea was the Queen’s objection to Charles taking on more responsibility while still a bachelor.

Kerr confessed to the details of his second marriage

Kerr disclosed to Charteris the sordid details from his second marriage, after his first wife had passed. The women he was betrothed to was still wed to her first husband at the time. Laws at the time did not allow marriages to end without reason and ironically enough, Kerr and his significant other were hoping the Whitlam Government could pass divorce law reform, so that she may leave her estranged husband and marry Kerr.

Kerr and Charteris joked about the possibility of sacking Malcolm Fraser

In the midst of a mini crisis of confidence in the Fraser Government, Charteris and Kerr joked about dismissing Fraser and finding humour in the irony that those decrying the sacking of Whitlam would be cheering on the same action if directed to Fraser. Kerr responded in one letter ‘that one use of reserve powers is enough for me.’

For many Australians, one sacking was too much.