Affirmative Action for Arc Board

Whether this was your first O-week scrounging freebies amid a flurry of Yellow Shirts, or whether you’re a jaded, sixth-year soul no longer discernible from the vintage furniture in the Whitehouse, it’s fair to say that we’ve all learnt to love Arc pretty quickly. From romping Roundie parties to social soccer, advocacy to volunteering, and all your favourite Clubs & Societies, Arc has got you covered.

But with such a diverse array of student life opportunities on offer, and to such a diverse student population, it only makes sense that Arc’s governing Board – elected by members to run the organisation – should also be as diverse as it can be.

For Arc to best serve all students, it must keep equity and diversity at it’s core.

The trouble is, this isn’t always the case. Whilst women make up more than half of all Arc members, we are often underrepresented in it’s leadership, including in Club Executives and Arc Board, thereby missing out on having all interests equally represented.

Sound unfair? Fortunately, that’s where Affirmative Action comes in. In Week 3 this semester, Arc will be holding an Annual General Meeting where students can vote on a motion to implement Affirmative Action on Arc Board. In plain terms, that basically means that 50% of the student Board Directors – elected by you – must be women. This is to ensure women students have an equal say in running student life on campus.

Now I mentioned there are already so many incredible, talented women behind the awesome things Arc does – so why do we need Affirmative Action?

Almost everywhere, our society is pervaded by subconscious gender biases. Stacks of studies, facts and figures continue to roll in elucidating the insidious ‘boy club’ phenomenon which allows institutionalised sexism to keep women off the higher rungs in the organisational ladder. Even at UNSW, only 23% of professors are women.

More women are needed in leadership, but despite having all the wealth of merit, skills, competencies and all-round fabulousness necessary, it’s currently not a level playing field.

Affirmative Action means recognising this and turning it around, taking positive steps to increase opportunities for women where we’ve historically been excluded.

As students, I believe we should strive to be leaders on issues of equality and champion change.  We should foster an inclusive culture that celebrates diversity and dispels sexist attitudes. We should set an example to the stubborn and myopic codgers of the ‘real world’ by cheering on our brilliant women teammates when they score, and giving them a equal shot at captaining the squad.

You can get behind your women peers by coming along to the Arc AGM on Wednesday 16th March, grabbing a free sausage sizzle and voting ‘Yes’ to Affirmative Action for Women on Arc Board! 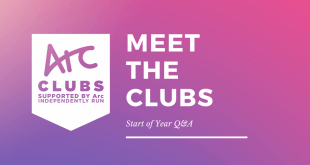 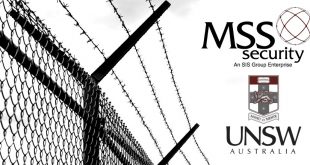