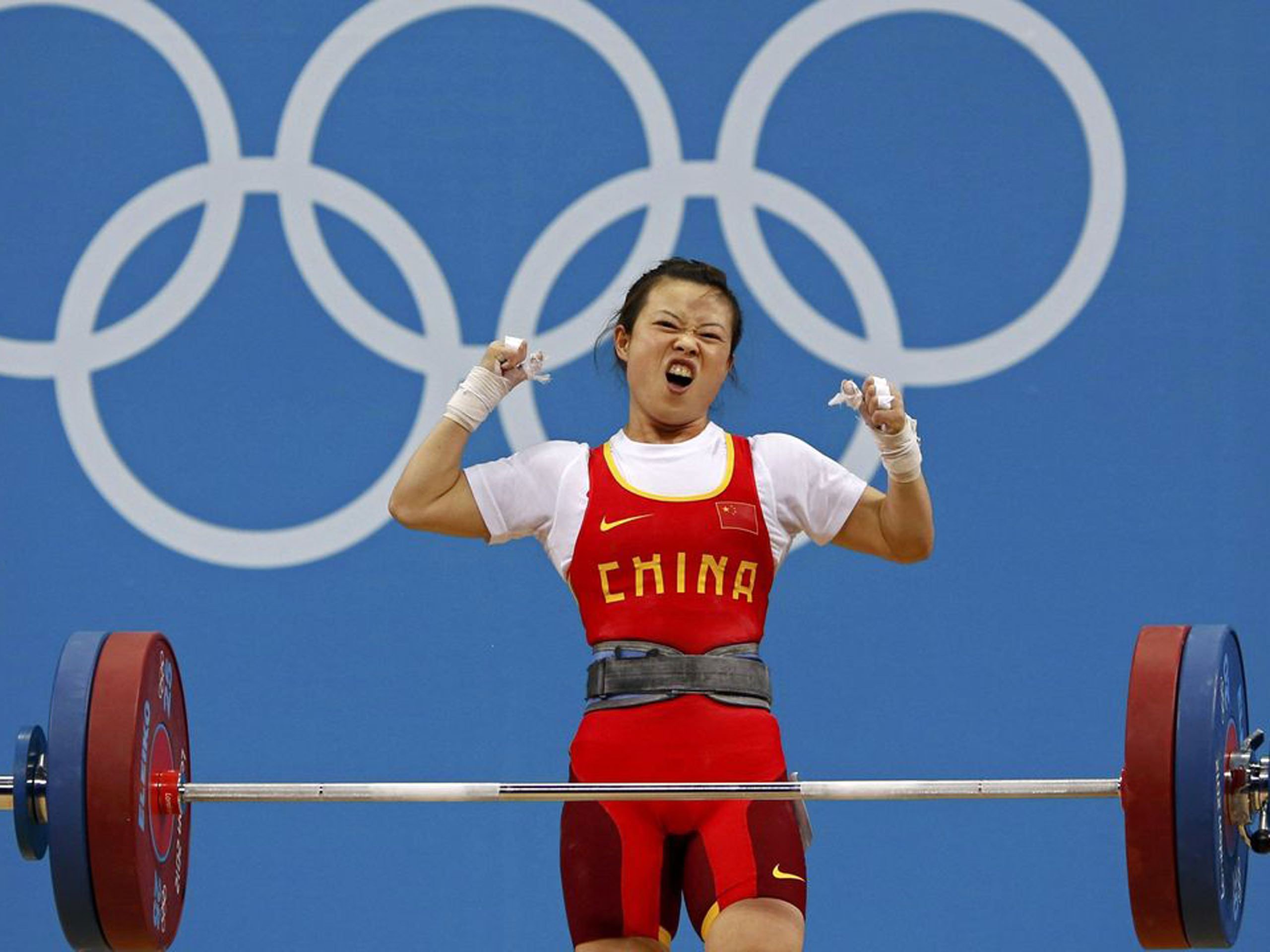 An adolescent youth with a military-style crew cut faces a foreign camera crew, hands behind his back like he’s taking a team photo.

He has the dreamy, dissociated gaze of a man who has just awakened from a dream, and looks down at the medal hanging by a ribbon around his neck as something unreal.

For several seconds he stands there and surveys the medal, the culmination of a lifetime of hard work and determination. Then suddenly, with no warning at all, he bursts into tears. “I can’t control my body!”, he says, wailing and bowing penitently at the camera. “I shamed my country, my team and all of those who cared for me. I’m sorry!”.

Wu Jingbiao just won silver at the 2012 London Olympics, and it’s the worst day of his life.

Like 16 other Chinese athletes (as of August 6), Wu will receive no formal recognition from Party Headquarters for winning silver; only those who win gold are congratulated by the party. Considering that China spends approximately $7 million on each of its gold medals, according to Bao Mingxiao, director of the Sports Ministry’s Institution of Physical Science, Wu’s failure is in many respects a failed investment. The pressure that is placed on Chinese athletes has been an endless source of discussion in the West. Thinly-veiled racism and allegations of human rights abuses abound, particularly in light of the fact that most of the Chinese squad were selected in infancy on the basis of genetic characteristics and channelled into highly specialised athletic education institutions at the government’s expense.

China is one of the only countries in the world to fund youth sports academies with no academic curricula whatsoever. In 2008, there were over 400,000 young athletes training in 3,000 academies, many of which come from China’s agricultural hinterlands and are coaxed to train with offers of university scholarships after retirement and financial incentives for themselves and their families.

Compared to the average rural income, the standard salary of $10000 is a fortune. Even so, much of their savings will go into medical care, with the China Sports Daily estimates that about 80% of China’s athletes face unemployment, poverty or chronic health problems resulting from radical dieting and overtraining when they retire.

China’s performance in the Olympics has improved exponentially since the mid-1980s when it broke ranks with the Communist Eastern Bloc by participating in the 1984 LA Games, a move that would emblemize reformist leader Deng Ziaoping’s reformist programme.

Despite the era of ‘Ping Pong Diplomacy’ in the early 1970s, prior to 1984 China had been a perennial absentee at the games, boycotting it for promoting western imperialism and giving recognition to Taiwan as an independent state.

The country’s current obsession with athletic excellence is not steeped in tradition. While the Greeks and Romans were holding massive spectacles and deifying the physical form, Dynastic China under the doctrinal influence of Confucianism spurned athleticism as a shameful practice. The Chinese didn’t even have a word for ‘sport’ until it was introduced by European colonialists in the 19th century.

The perceived lack of an athletic instinct in the Chinese population was addressed by Chairman Mao in his first published article after his rise to power in 1949. The polemic contains some of his most vitriolic statements about China’s colonial heritage, includes a striking paragraph where he suggests that China’s then-miserly status as the ‘sick man of Asia’ was due largely to its inattention to physical excellence. “Our nation is wanting in strength. If our bodies are not strong, how can we attain our goals and make ourselves respected.”

Interpreting Mao’s words, the centrepiece of Deng Xiaoping’s ‘gold-medal strategy’ which remains in place today was to target sports that were typically neglected by the West, such as shooting and taekwondo, as well as medal-rich sports with multiple classes or subcategories, especially weightlifting and swimming. With a 396 person squad, China is now represented in all but three events.

In keeping with Mao’s famous saying that women “hold up half the sky”, there has also been a special focus on developing female athletes. One publicity advisor to the State General said that, besides being better trained, the reason for the success of China’s female athletes is that they can ‘eat more bitterness’ than women from other countries, a play on the popular Chinese proverb ‘you cannot know sweetness until you have eaten bitterness’.

As under the Soviet athletic development model, the Chinese focus on female athletes may be justified in economic terms. Since female sporting leagues in the West typically attract fewer spectators than male sporting leagues, there are fewer market incentives for females to pursue the sport at a professional level. The state thus generates artificial demand through subsidies, leading sports historian Zhao Yu to suggest that “sports in reality is the only way in which socialism has been successful in China”.

While the Chinese government has repeatedly pushed the boundaries in their model of youth athletic development, the ethical issues raised in the development of NBA superstar Yao Ming are of an entirely different magnitude.

Until his retirement in 2011, Yao carried the title of the tallest man in the NBA, standing at an astounding seven feet six inches. A household name, Yao was selected as the first overall pick in the 2002 NBA Draft, and was, among other accomplishments, named on the All-NBA Team five times.

But before the world, or even his parents knew him as ‘Yao’, elements of the Party prophesied in him an ambassador of a new, rejuvenated China. ‘Long Awaited Yao’ as his coach Wang Fei referred to him, was the child of the tallest basketball players in China.

As well as Yao, Wang also coached Yao’s parents, both of which saw him as a parent and confidant. Aware of this, he and other coaches played on their impressionability and trust, encouraging them to copulate, saying it was their duty to the party to work as a team, so to speak, to conceive a child.

Twenty-eight years later, the towering figure of Yao Ming would fulfil his parent’s debt to the party, walking through Tiananmen Square with the Olympic torch held aloft like a Chinese Statue of Liberty. In a highly choreographed display he would smile and wave like a politician to a sea of hysterical fans whom he could hear but could not see behind the barricades.

Like the London squad that would succeed him, Yao was cheered on with the popular Chinese chant ‘jia you’ which means ‘Go!’ but translates literally to ‘add oil!’. When all it takes to win gold is more oil, perhaps it is inevitable that we will begin to regard our athletes as machines rather than people.

Previous Ice-Cream, Politics & Gossip Girl: What’s Wrong with the Olympics?
Next Something Happened: How Dan Nolan Would Run Fairfax