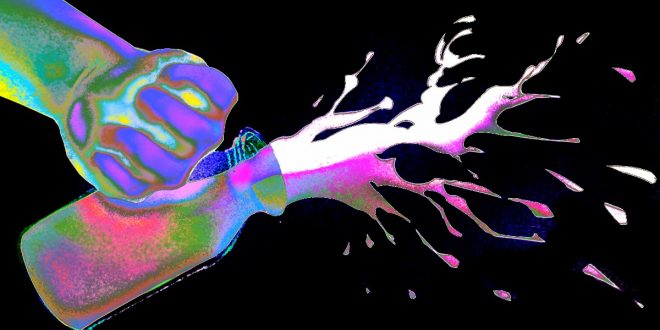 A Waste of Sour Milk

I think we form connections with other people as a way of knowing ourselves. A light cannot illuminate itself; a flame cannot warm itself; you cannot know yourself. But who you connect to matters a great deal. I once read the line, “You are the average of the ten people you spend the most time with.”

It seems like connections are crucial to going about life as the person you think that you are.

Last year was turbulent at best. Many of my friends believe that the worst part about 2020 was the isolation, combined with intense schooling. It was a tasteless lot heaped onto our plates, made bleak when we realised the only possible responses to this force-feeding were: i) chew and swallow ii) cry and choke.

My family owns a house near Bendalong, and they thought it wise to stow me there during the NSW school lockdown period (from late March to mid-May, at least for me) so I could better focus on my studies. I also thought it was a great idea.

It really wasn’t. We did some doomsday prepping, so I was well-stocked with cup-a-soup and tea. I mention this because I would only see my Mum once a week on her resupply runs. The other six days that filled those blurry weeks, I inhabited a vacant space.

I coped by watching shows and playing games with my friends almost every night. We were lucky that our schools adjusted so quickly to online platforms, which we then used outside schooling hours to coordinate massive game nights across friend groups. A favourite pastime was using Netflix Party to watch Too Hot To Handle, with some popcorn and a ginger beer. It helped us forget our jaw-pains from the constant chewing away at the excuse for food on our plates, not to mention my own teeth-grinding over exams.

But we survived the final exams. Some of us even had formals!

Just like that, thirteen years of school had ended.

I organised to have schoolies at the house in Bendalong. My chest was lighter during the drive down there than it had been in the past two years. When we arrived, I felt our moving in forced the ghosts of that year out of my home. Here, I was surrounded by the people I loved most. We were united in our newfound collective freedom.

But then I looked half of them in their eyes, the same sets of eyes I winked at across classrooms, the same sets of eyes I turned to when my own were bleary and flooded by stress. I felt as if I was staring at a series of brick walls. Their irises formed a lake, made opaque from pollution so gradual, that nobody noticed until fish bobbed on the surface. I had to wonder, what common ground do we still stand on?

In the limbo between the end of school and beginning of university, we became terrifyingly  honest versions of ourselves: idle.

I remember when I first started doing my own laundry. I wear linen shirts because I like their crisp texture and versatility. When commencing my learning sprint, I fatally threw one of these shirts into a tumble dryer. I’m practically done growing, so I knew the next time I wore that same shirt, I hadn’t outgrown it. It shrunk and no longer fit me so well.

Maybe people just have a limited capacity for connections. Periodically, I’ll have to peel off some old skin. Take the cicada. They leave behind their brown, hollow shells made brittle with abandonment, still a perfect model of what they once were. Do cicadas look back at their split shells with regret? Or, having emerged coated in deep swirling blues, greens and purples, iridescent in the dewy morning light, do they proudly begin their chirping song?

We all try to hold onto these connections, sourer than year-old milk. But we should allow ourselves to throw out the expired milk. Once, I might have thought it harsh to sever such connections because someone else was dangling the scissors. Imagine if someone was drinking a glass of milk that you could smell from across a room, purely because to stop would be a waste of milk. I hope you would slap it out of their hands and say, “Stop punishing yourself.”