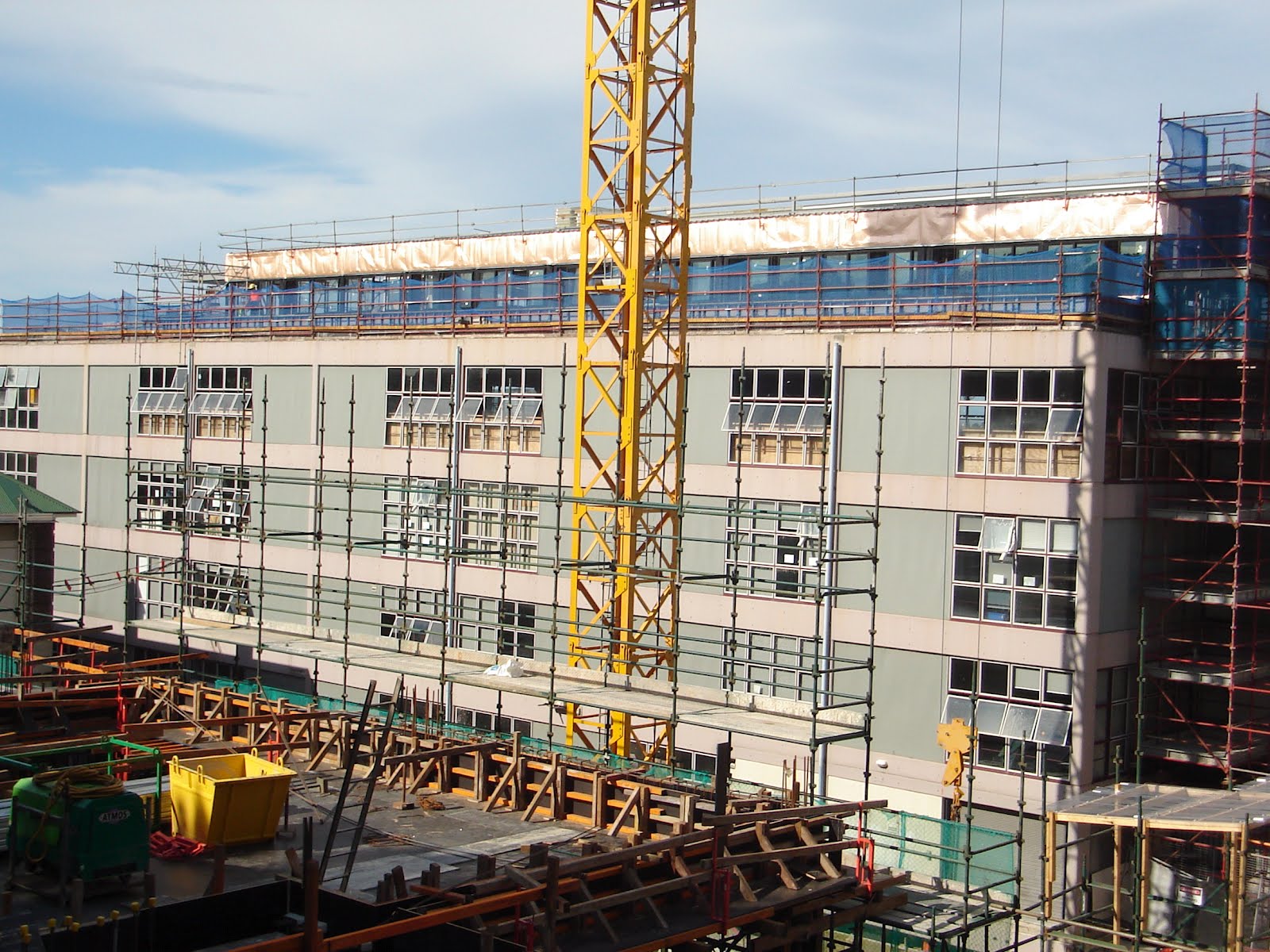 A Red Badge of Courage: The COFA Redevelopment

With a campus that has been under redevelopment for the last two years, the College of Fine Art is set to open its new doors as Gateway@COFA in March 2013. But at what cost has this been to students?

With complaints from students that the university has been “misleading” and reports of “low morale” on the campus, Tharunka spoke with COFA’s Dean, Ian Howard, to attempt to gain some answers.

Having seen classes sent off-site, staff forced to combine ofﬁces, and students ﬁnding themselves sharing their art studios with hard-hatted construction workers, Howard has said that he is “quite seriously” considering awarding a “red badge of courage” – a sort of informal badge of honor – to students who graduate from this incarnation of COFA.

However, there are student calls to address the disadvantages to their education in a much more tangible form. Current head of the COFA SRC, Beth Dillion, reports that “students feel ripped off ﬁnancially, especially with the added SSAF charges brought into effect this year.” With a student union common room that has found itself suspended alone above one of the biggest construction pits to be seen in the area’s recent memory, painting and drawing students relocated to the CBD’s Woolworths building, and a campus described by Dillion as “barely functional and severely lacking in basic facilities, studio space and communal space”, Tharunka asked Dean Howard if there was any consideration being given to a reduction in fees for students attending the college during this period.

The answer? “No.” Although recognizing that there have been “higher levels of inconvenience” during the years-long redevelopment project, Howard says that COFA has been able to provide all courses in full – with “all courses, coursework and facilities available”. He also notes that the Federal Government would “crucify” the college if it was to reduce its fees.

There certainly seems to be much evidence of miscommunication across the redevelopment project, between university, students, donors, and even the building staff.

A generous gift of $2 million in 2010 to the university from the well-known arts patrons Dr Gene Sherman and Brian Sherman saw an eruption of controversy as the university announced, in an unprecedented move, that it would name the School of Art History and Art Education after the benefactors, and also develop an on-site “Sherman Gallery”, an extension of the already renowned Sherman Contemporary Art Foundation.

This announcement led to a student protest by UNSW’s SRC that gained huge media coverage, with front-page articles devoted to the students’ calls that the naming decision be revoked. Then-President of the SRC, Osman Faruqi, says that “What we were really campaigning against was that this [naming of the Sherman school and development of the Sherman Gallery] would impact on students massively, yet they weren’t really bought into the discussion until the very end. The Dean presented the plan to a forum at COFA, but… they had already signed the plans and the deal was well underway.”

Fast-forward two years, and the Sherman donation has been cut to $1.1 million, there is no longer to be a Sherman Gallery at COFA, the School of Art History and Art Education is to keep it’s original name, and, instead, the Sherman name is to be attached to a postgraduate studios area on the fourth ﬂoor of F Block. Is this outcome a direct result of the student protests?

“Not at all”, says Dean Howard. Instead, the signiﬁcant changes to the Sherman gift seem to have been prompted by a confusing air-conditioning mishap. The speciﬁcations drawn up for the Sherman Gallery included 3.5 meter-high ceilings, but Howard claims that the challenge of including large, open levels in the new building meant the inclusion of an air-conditioning system that forced a reduction in the height of what was to be the Sherman Gallery’s ceiling.

As someone who confesses that she “does not like to compromise” (it is for good reason that Dr Gene Sherman is one of Australia’s most respected gallerists) when it comes to her touring exhibitions, it makes sense that, upon the discovery that the ceiling heights were greatly reduced, Sherman would have deemed the space unsuitable for exhibitions she had planned. Howard was not forthcoming when asked if he knew of the changes to the height of the space before they were bought up with him by Sherman.

The Sherman’s involvement will now be, in Sherman’s words, “still ﬂuid and we want to keep it ﬂuid. there’s no gallery, there’s no building, there’s no students – so we’ve still got time.” Part of these “ﬂuid” plans include the development of an annual forum featuring “top museum curators and directors”, student workshops, and opportunities for “cross-fertilization” with visiting academics and artists. A Shaun Gladwell commission piece is still to appear at the new COFA site under the Sherman banner, and Dr Sherman promises “more, provided they are compatible with the space”.

It is not only with regards to the naming and funding of the redevelopment that students feel they have been left in the dark. COFA’s SRC reports that “there is much confusion and frustration” on campus, and Faruqi notes that much of the student anger on display in 2010 stemmed from “a lot of miscommunication – with photography students saying – “oh, the darkroom’s gone”, design students saying “this room’s gone”. The fact that [COFA] didn’t bring students into the consultation process at the start meant that rumors got bigger and bigger – and a lot of them were true.”

When navigating the ofﬁcial College of Fine Arts website and the Gateway@COFA site, there is very little information about where the redevelopment is up to – the “Construction Update” was last updated in September 2011.

One of the most recent website posts states that “In 2012, it is hoped that the COFA ANNUAL can be held back at our completed Paddington campus (TBC). The public are invited to attend this stunning exhibition and see graduating students in art, design and media make the most of our great new facilities.”

Although this ‘update’ about the Annual was posted less than a month ago, in April 2012, when asked if the COFA ANNUAL is, indeed to take place at the COFA campus, Dean Ian Howard replied that such a plan was “wishful thinking”, and that 2012’s graduating students would exhibiting at the Round and Square House venues at UNSW. Last year’s Annual exhibition at the Roundhouse was described by a sculpture graduate as a “disappointing experience”, and it is claimed that many students had to “scale down” their work to suit the unusual space, while Howard suggests that “we thought that the [huge amounts of balcony and outdoor space] at the site would advantage sculptors – but they didn’t use it”.

When asked how students are able to gain accurate, up to date knowledge about what is happening on campus, Howard concedes that it is “difﬁcult to keep the websites up to date” but points to an all-student email he sent at the beginning of semester, which included an update on building progress, and an open student forum which was attended by many students wishing to know more about the project.

Howard welcomes discussion with students and is jovial when describing the SRC’s latest effort to open discourse, laughing at the image of himself driving a truck in the posters for the “Dear Dean” campaign. SRC representative Dillion describes the project as intending “to provide a forum for students to voice their concerns and start a dialogue with the COFA administration. It is hoped that through discussion between students and the Dean, we will be able to secure better conditions for students studying at COFA both in the present and once the construction period has ended.” Students are being invited to email their concerns about the campus to deardean2012@gmail.com for inclusion in an open letter from the student body.

With plans for a combined art-school ball with students from NAS and SCA, and more SRC-led social activities appearing on the COFA and UNSW campuses, it will be interesting to see if the student voice is heard from COFA – and if a “red badge of courage” is enough to compensate for this redevelopment experience.

Previous Something Happened: Where Do Your Downloads Come From?
Next Ice Cream, Politics & Gossip Girl: The Budget