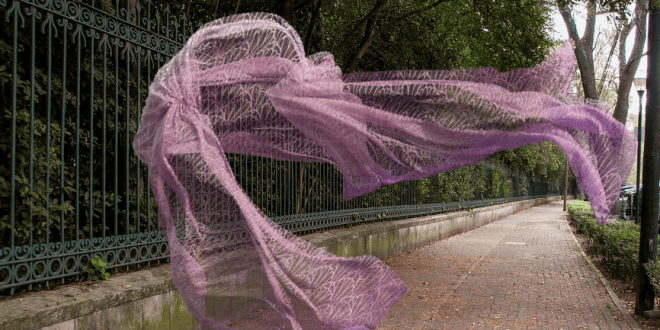 That very morning, he had wondered whether it would rain or be reasonably sunny. He always asked himself that question first thing as he woke up. His reason to be concerned with the weather was that it would determine what vêtements1 he would pick, what accessoires2 he would be able to pair with his mise3. He wasn’t a vain man, despite what most of his acquaintances said about him. The issue was he knew that the only good things about him were his appearance and his charming talk. So was it vain to make the most out of them? He didn’t think so; it was merely exploiting one’s resources.

He wanted people to like him. As a child, he had always struggled to make friends. It was a matter of being born in his family; it wasn’t a secret. His père4 was rich thanks to the family’s business, but the money hadn’t sufficed to make up for his terrible reputation as a man. Everyone in the neighbourhood had seen his wife’s bruises under the foulards5 that she wore all-year-long. Russell was quite different from him; he needed everyone to love him. In addition to that, he needed to bring new clients to his own wife’s business. That’s what it all came down to, really: the necessity to network and get by. Père had never needed to be on good terms with anyone; being rich gives you a great deal of free passes, Russell thought.

When Russell’s père had died, he had been neutral to the news. However, he had reacted very badly when he had been told that the family’s maison de haute couture6, one of the most successful in Australia, had gone bankrupt. Mismanagement, the lawyer told him, before explaining how to disclaim his inheritance. It was easy, the lawyer said, given that Russell was the only heir; Russell nodded. He had always wanted siblings, but for once being an only child felt like the biggest blessing. If Père hadn’t already been dead, Russell thought as he signed the papers, he would have choked him with one of his own scarves. How could he have destroyed the maison?

Russell had buried Père quietly; then he had driven Mère to Tullamarine Airport. The only thing she wanted, she kept saying with equal degrees of impatience and relief, was to go back to her family in France. Coming to Melbourne had been a mistake for Amélie, whose biggest regret in life was indeed having fallen for David and having followed him to Australia.

“When did you stop loving Père?” Russell dared to ask, right before Mère disappeared in the crowd at the airport. He was expecting Mère to finally admit to the spousal abuse, which she had always denied, but Amélie surprised him.

“As soon as I realised he loved my nationality more than he would ever love me,” she replied.

Russell had known that Père had always been a businessman more than a man, but he had never considered he might have married Amélie to grow his prestige. As it turned out, that had been the case. On one of his business trips to France, David had attended the fashion show where Amélie had been picked to wear the main piece of the new fall collection. Rather than falling in love with her beauty, which was remarkable, David had fallen in love with the idea of bringing back home a French wife. Upon returning to Melbourne, he had showed Amélie off as much as he could, turning her into an attraction of his maison. David’s French-born parents had been so glad to meet their son’s French wife. They had missed the company of bright, elegant Europeans, they kept saying; Australian were loaded and ready to spend on good-quality chemises, but they simply weren’t up to their standards, they added. As shaking their hands, Amélie understood that she had become David’s wife for all but the right reasons.

As soon as he left the airport, Russell started looking for a way to survive now that the family’s fortune was gone and that his family no longer existed. He knew very well that he would never see Mère again and that she would never call. She was leaving everything behind; it was clear that her relief at David’s sudden death had been considerable. That day, as he was driving back from Tullamarine, Russell panicked. Not only had he lost the only thing he had ever cared for, the maison, but he had also been left alone. When his phone went off, Russell picked it up in spite of the fact that he was on the highway. A text from Mère.

If you learn some French, perhaps you could join me in France someday.

Russell didn’t even bother to reply. They both knew all too well that the only French Russell could speak was fashion-based. That had been his only passion since childhood: fashion. He knew everything there was to know about it, and had no interest in learning any more French. After all, he was Australian and he was quite proud of it. It was the most amazing country in the world and one of the richest. He would find a way to get by, he thought. He didn’t need Mère, nor Père’s foulards.

A few days later, Russell had walked into Hilary’s office well-aware of just how unqualified for the position he was. Hilary was a young, yet smart business owner who had just started her own company. She was very fair during the job interview: she realised straight away that he was faking it and that he didn’t know anything at all about marketing, yet she didn’t kick him out of her office. At the end of the interview, she told him that she would be absolutely mad to hire him. Yet she offered him a job. She was very clear: Russell would take care of the networking, meet with prospective clients and make a great impression on them. He would be responsible for bringing in new clients; nothing else. The creative process and everything else would be in the hands of better-qualified professionals. He was a natural at charming people, Hilary said, so that’s what he should do. Russell accepted the offer and smiled at Hilary; six months later, they were married.

The marriage raised a few issues; not between himself and Hilary, who had been very honest with each other from the beginning, but with Russell’s colleagues. As soon as he married Hilary, his colleagues started talking behind his back. What did they all care? Russell really couldn’t see why people should keep gossiping about his marriage. They should all just mind their own business, he concluded. He cheated on his wife soon after marrying her, of course, but nobody knew it, so what the hell did they have to talk about? Nevertheless, he stopped taking part in social coffee breaks. It wasn’t pleasant anymore to chat with everyone. He did his job with the least amount of effort possible, and that was it.It was early morning when Russell touched on his Myki7. The air smelt fresh, the sunrise giving a delicious strawberry tint to the sky that had been so dark throughout the night. He was afraid of darkness, which for some reason had always made him feel very uncomfortable. As a child, it had been fine to double-check that every soon-to-be dark corner of his room was free from killers and the likes of them before turning the lights off and closing his eyes. But as a grown-up, and particularly as a married man, it was embarrassing to need the lights on whenever he walked up to the bathroom at night or grabbed a glass of water from the kitchen. Hilary had never cared about it, but she didn’t fully understand just how afraid of darkness he was. In the last few years, his fear had gotten worse. Perhaps he should stop watching horror movies, he thought. But it wasn’t the movies. He knew it wasn’t the movies. And he didn’t want to talk about it.

Part 2 will be up this time next week. Until then, you can find Giulia on Facebook and Instagram.