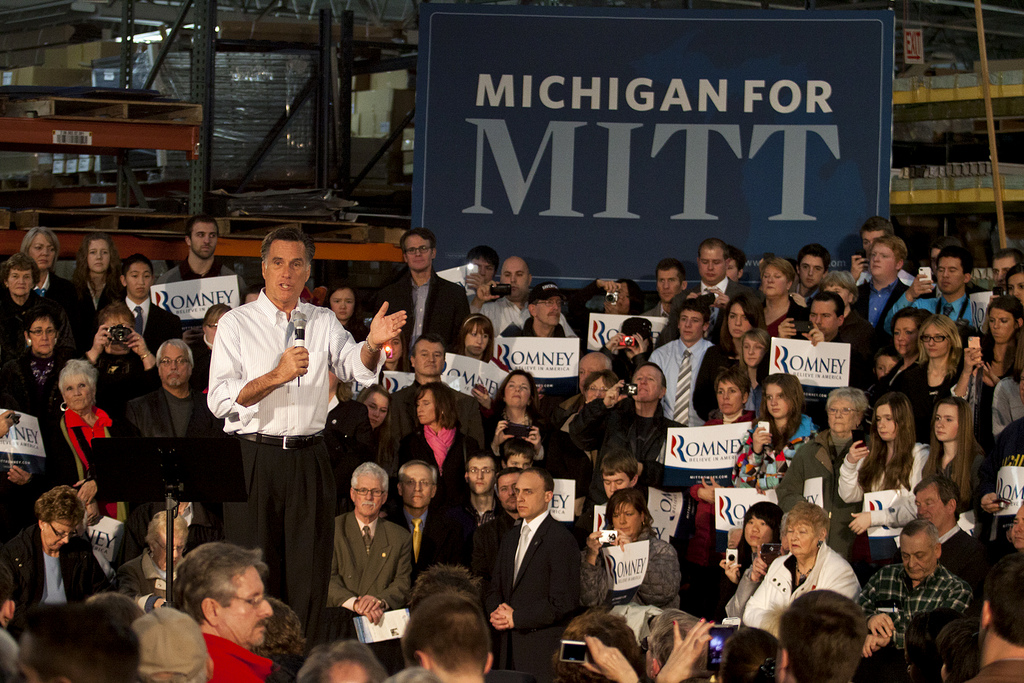 Something Happened: A Primer for the Upcoming Whirlwind of Stupidity

The US presidential election cycle is quite possibly one of the most insane and farcical media circuses on the planet.

Unlike 2008 when there were two separate primaries going on (Democratic and Republican for those of you playing at home) the Dems think they’re onto a winner with Obama, so we’re watching the Republican contenders duke it out to see who will pick up the sword of triumph and challenge Obama to a duel to the death on the plains of existence in November. The primaries are a complex process – this isn’t like Australia where you’re just presented with a candidate and you vote for a party and then sometimes the leader gets knocked off because Mark Arbib has a bout of feelings. Sometimes those delegates are bound (their votes are stuck) but sometimes they are unbound (they’re like broken arrow delegates, they could go off message at any time). There are a total of 2,286 delegates up for grabs and you need 1,144 delegates to win the nomination. If you are confused you have every right to be, this kind of awe-inspiring direct democratic procedure seems completely alien to Australians, which is why so many of us find it so fascinating.

What initially started out as a field of maybe 10+ candidates (it seemed like everyone and his dog threw their hat into the ring) has now been whittled down to 4. The greatest thing about this entire process though has been the Republican candidate debates, in which the potential nominees have made statements that truly redefine what it is to be crazy.

Some gold from the past candidates include Michelle Bachmann (a rep who looks like a child’s drawing of a crazy person) saying that the HPV vaccine caused ‘mental retardation.’ Rick Perry forgetting the third agency he would get rid of live on stage was also pure ambrosia, but still wasn’t as insane as his pledge to ‘re-invade Iraq’, something that would seem hardly difficult when the Green Zone contains the largest US embassy in the world.

Nor should we forget Herman Cain who when faced with sexual harassment allegations said in his defence “What about all the women I didn’t sexually harass?” This season has been an absolutely outstanding vintage for pure molten crazy. A rich and full bouquet combining warmongering, sexual policing and pandering to the highest bidder.

So who do we have left? First we have the presumptive nominee (that the Republicans really don’t want to nominate but will) Mitt Romney, a man who literally looks like he is the outcome of a medical experiment to create a prototypical Republican candidate. Mitt’s also hideously wealthy, having made his fortune with his company Bain Capital, a private equity firm that in many cases bought out and shut down the businesses that employed the people in middle America he is trying to win the votes of. Whoops.

The Republicans don’t want to nominate Romney (but will) because he simply has absolutely no consistency or ideology. They hate Obamacare and Romney enacted legislation that Obamacare was based on when he was the governor of Massachusetts. If there are multiple sides to an issue, Romney’s probably agreed with them all purely to get elected. He has the money and the support (mostly of the banking industry and the other main players that also are funding Obama’s re-election campaign so everyone looks the other way while they steal everything that isn’t bolted down) to go the distance but calling it now and giving it to him would simply be no fun, so the media continues the three ringed circus and we all slowly lose a little bit more of our collective humanity.

Then we have Newt Gingrich, who was stirring things up a little bit recently with his win in South Carolina but seems to have had the wind taken out of his sails by the Florida primary. Newt is the former Republican speaker of the house (under Clinton) and is the only speaker in the history of the house to be sanctioned for gross ethics violations. He was fined $300,000 for how unethically he behaved. He also has a great habit of hot swapping marriages, particularly when his wife gets say cancer or multiple sclerosis. Newt was cheating on his second wife with his now third wife while he was simultaneously leading the charge to impeach Bill Clinton for his unsanitary humidor fetish.

Newt is pretty much the textbook definition of a cunt. Newt’s major gaffes have been to call Spanish a ‘ghetto language’, to say Obama’s presidency was a ‘food stamps presidency’ and to say that children should be hired as janitors in their own schools. It’s the old fashioned ‘southern strategy’ and I’m surprised he hasn’t whipped out the idea of putting on minstrel shows to shore up the budget.

He also has said by the end of his second term the US would have a fully functional moon base and when it reached a population of more than 20,000 he would accept the moon as the 51st US state. Yes the country that has no money will spend billions building a base in one of the most inhospitable places for human life in the universe. Newt has been getting coverage and receiving a bump as the anti-Romney but his unfavourable rating is so staggeringly high that were he to win the nomination they probably wouldn’t even call the election and just give it to Obama.

Santorum believes that life begins at orgasm and most of his comments at the debate are either about bombing Iran back to the stone age or how abortion should be punished with the death penalty. He makes constant references to the stillborn child his wife had, Gabriel, and even talks about the child as if it is still alive. When the child was stillborn, instead of handing the body over to the hospital, they took the corpse of the dead child to their house and introduced it to their other children – yes THAT crazy. No mention was made of what they did with the placenta.

Santorum is in the race because crazy religious people think that abortion is literally the most important thing in the world and the government should put armed guards outside every woman’s uterus in case she gets any ideas about her own sovereignty or something. It’s easier to understand how this is actually a popular vote-getting strategy when you think about the American south as like Castle Hill but with more churches. Santorum will not win the nomination and should probably kill himself.

Finally there’s Ron Paul. Ron’s kind of like the crazy old libertarian uncle who seems almost entirely out of place on the Republican stage. He’s strongly against bombing/invading Iran and as someone who has Iranian friends that I don’t want to see die just because they live above a lot of black spice that keeps the US running, I’m in favour of it.

He wants to repeal the Patriot Act (which allows warrantless spying and other sorts of nasty stuff), end all of the foreign wars and shut down all of the foreign bases. He also wants to cut a trillion dollars from the budget in year one of his presidency, I don’t need to tell you that that’s pissed off a lot of people. He’s receiving a lot of support from young people, independents and even democrats who are sick of US foreign policy.

Paul has a bit of an image problem though, mostly stemming from newsletters published in his name in the late ’80s and early ’90s that contained some pretty gallingly bigoted and racist statements. Paul’s said he didn’t write the newsletters (and all signs point to the fact that they were written by notorious crank Lew Rockwell), but the fact that he let this stuff go out in his name shows it was a fairly cynical ploy to appeal to sections of his base that are neo-Confederate.

Civil Liberties Democrats and lefties have been supporting Paul’s inclusion in the debates and even potentially supporting his nomination as he is far better on civil liberties and foreign policy than Obama. Despite his vocal base, Ron will not win the nomination, but the Republicans will be unable to beat Obama if they do not have the votes of his supporters (particularly the youth who were mostly responsible for Obama’s election).

The real test of the primary process is Super Tuesday, the day when multiple states hold their primaries. This year it’s going to be on March 6th and it should secure Romney’s title as the winner of the nomination. Romney probably won’t do as well in the more southern states but should easily pull enough delegates to claim the nomination, though if Gingrich or Santorum or even Paul pick up a bit of steam it may end in a stalemate at the convention, where none of the candidates have enough delegates to win the nomination outright.

In that case the nomination process goes to a brokered convention, which is exactly what it sounds like – the candidates bribe delegates with whatever they can until they have enough to win the nomination. Either way, it doesn’t look like Obama is particularly worried about the outcome of the election in November but hell, as the 2008 election showed, absolutely anything could happen.

Previous Review: Make Yourself At Home
Next Concerns UNSW Falling Behind in Sustainability