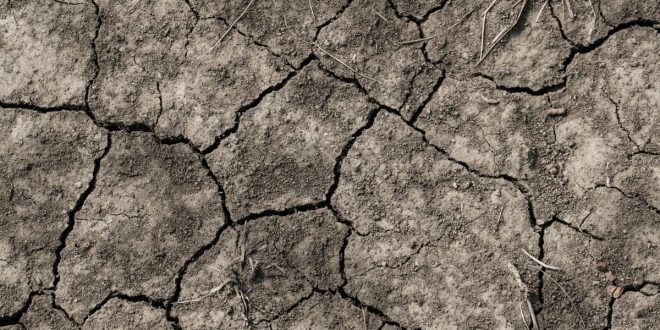 “What do you mean?”
Rachel was tucked into the corner of the couch, legs pulled to her chest, arms wrapped tightly around her knees.
“I mean…”

She bit her lower lip, gnawed on it.

“I mean I don’t want to make a new baby. A new person,” Rachel said at last.

She went back to biting her lip.

“Well, we can’t make an old one,” Alanna teased. She leaned forward and brushed her thumb over Rachel’s lip slowly, her nail touching Rachel’s teeth. “What do you mean?” Alanna asked again, gentler, quieter.

“If it’s about– my genes– the lung diseases have all been environmentally caused, and depression isn’t always genetic, mine was circumstantial—” Rachel grabbed Alanna’s hand and shook her head.

“It’s not that,” she managed to say. She kept shaking her head until the right words came out. “It’s… climate change.”

“What?” She ran her fingers through her hair, tight curls bouncing back to place after each nervous stroke.

“If you don’t want babies please be honest. Don’t lie.”

Rachel flushed from her neck to her ears.

Rachel stared at the wall behind Alanna’s head – four years’ worth of photos framed the clock; the setting sun pouring light through the window, tinging the room pink. Their engagement rings shimmered, silver becoming gold in the light. They had started the conversation with such light-heartedness – doubting that there were any untouched corners left between them – and they both ached for that feeling back.

“Because of climate change?”

Any other time, Rachel would have jumped to get her tissues and tea, but she now just looked down at their hands, staring at the way their fingers looked hooked over one another.

“The world’s ending, Alanna.” The descending sun glanced off the mirror on the other side of the room to cast them in gold.

“We’re — we’re killing the planet, so fast that we can’t even see how bad it is yet, ‘cause nothing like this has ever happened before.”
Alanna wiped at her eyes. A heavy lump grew in Rachel’s throat.
“It’s– every parent makes mistakes, but I never want a child to look back and ask how I could’ve made them live in a world that’s gonna be burning up by the time they’re thirty.”

She inhaled, breath quivering as she struggled to keep herself composed. Her voice got progressively higher in the quiet fight to not cry.

“I will give everything I have to any child we have, but I– I want to make a life that exists as good as it can. I don’t want–” She couldn’t finish. Alanna nodded.

“Rachel?” Alanna whispered into the dark.

Alanna was quiet for so long that she might’ve fallen back to sleep. But Rachel stayed still, looking at Alanna’s back.

“You wouldn’t want me to have a baby, either, would you?”

Rachel forced the words out, let them drift on her shaky breath: “No, I wouldn’t.”

It was quiet. Quieter than nights in the city usually were; no sirens, no revellers.

“’Lanna?” Alanna turned over so they were nose to nose. “What do you want?”

“I wanted to have a baby,” she said. Rachel didn’t need to nod – they were so close they could read each other’s’ breath; feel their eyelashes flutter against each other; hear the tiny sounds of the sheet against skin.

Alanna had assembled a towering wall of books and magazines on the dining table, on everything from parental psyches to the effect of climate change on the production of chocolate.

Rachel rubbed Alanna’s shoulders gently through her jumper and kissed the top of her head.

“I’d never thought about climate change like the world’s ending. I know I must be–stupid, but I hadn’t.” Rachel grumbled her protests, but Alanna cut her off.

“Here I was thinking we were getting settled on our feet, but there’s a landslide.” Again, she tried to joke. Again, they fell to silence.

Rachel pulled out the seat beside her, pulling a book from the top of the pile that was about what it meant to be a parent. They locked their ankles together under the table and touched hands above it.

Without looking up from her computer, Alanna asked, “When did you start feeling like…?”

“Before we got together.” The clicking of keys slowed to a stop. Alanna sighed and nodded.

“I spent so many years obstinately saying how I wasn’t gonna settle down and have babies. And how my period was just a useless curse.”

She seemed to have been on the verge of tears for days – they shone with the screen’s reflection.

“But I never really thought the world was terrible. Through everything–” She bit her tongue. She closed her eyes; water clung to her eyelashes.

“I thought it was amazing.”

“It is amazing.” Rachel moved a pile of books so they were face to face.

“And you don’t want to show that to anyone new?”

“Of course I do!” Rachel managed to stop herself from crying, but her words ran away from her anyway.

“I want to– I want to teach a kid how to– tie their shoelaces. Make soup. And help them with their stupid history homework. But there are kids that are being born everyday–” She gripped the edge of the table.

“Would you– don’t you think you’d feel different?” Alanna put her hands to her face and dug the heels of her palms in against her temples.

“I don’t know. I don’t care. We’ve always gotta come second, when there are kids involved–”

“Before they’re even born? What does that say about how we’re going to treat ourselves?”

“If their life’s gonna suck as much as you think anyway, then why can’t we just have our own?” she shouted.

Rachel drew herself back, set her jaw.

“It’s not about life sucking,” she said. Her lips trembled.

“It’s about risk, it’s– it’s about fear. And I’m scared,” she choked out. “I don’t…want a child to ever feel like we gave it more risk factors than it already had.”

Rachel’s breath turned to quiet sobs. Alanna got to her feet and walked away.

Rachel was curled around herself in the armchair. She watched the way the sunrise painted the city in its ascent.

Alanna did not announce her presence, but all the same, they shifted together in silence until Alanna was balanced in Rachel’s lap with an arm around her shoulders, their heads close together.

“I choose you, every time,” she whispered into Rachel’s ear.

“Every time,” Rachel echoed. They stayed there, quiet and still, until the dark was gone.

Bio: Axel-Nathaniel Rose is a third year Creative Writing student from the Blue Mountains. He has been writing novels since the tender age of five with his debut ‘The Evle King’ dedicated to his brother’s tyranny over the household armchair. Since then, his writing has expanded, with particular focus on queer themes, mental illness and social media. He is also an orator and poet.

Share
Previous Rage Continued: A Review of Rebecca Traister’s, ‘Good and Mad, The Revolutionary Power of Women’s Anger’, by Georgia Rose Phillips
Next Experiments in Human Survival, by Hamish Duncan