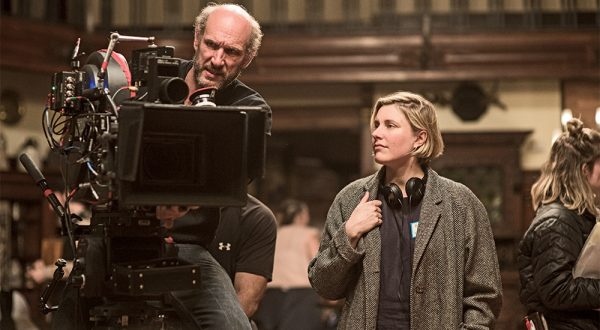 I first discovered the #52FilmsByWomen challenge on Twitter in 2018. As a feminist, a movie critic, and a female director, this challenge sat at the intersection between many of my passions, and I was instantly keen to learn more.

The challenge, started in 2015 by Los Angeles’ Women in Film, is simple: watch one film made by a female director every week for a year. It’s quite a big commitment, but, I would discover, a very gratifying one that will lead to you discovering films you never thought to watch.

In 2018, I made a half-hearted attempt to do the challenge, and gave up after 18 movies. I started, as most do, with the big-name Hollywood directors. You know, Bigelow, Coppola, Gerwig, DuVernay. But it turns out that most people probably only know about ten movies by female directors, and after that they run out of suggestions (“Yes, I’ve already seen Lady Bird, Clueless, The Hurt Locker, and Lost In Translation, but thanks anyway!”) Once you watch the popular movies that everyone knows, it gets a bit trickier to find female-directed movies to watch.

To be clear, the movies are all out there if you go looking for female directed films. There are thousands of movies by directors I’ve never heard of, and I have been having a lot of fun discovering them all the past three years. With the help of a lot of fellow movie fans on Twitter, I have compiled a watchlist of 200+ movies for the challenge.

But, if you were to just scroll through the movies on Netflix, Foxtel, or your local cinema, chances are you might have to look for a while before you find one by a female director.

It is not an exaggeration to say that the vast majority of Hollywood movies are directed by men. The Centre for the Study of Women in Television and Film recently found that, of the top 100 grossing films of 2019, women made up only 12% of directors. If you think the 2019 numbers look bad, wait till we go back a decade. Of the top-grossing 1,300 films from 2007-2019 only 4.8% of directors were women.

The problem is worst at the top, with the studio blockbusters, and gets slowly better as we go into independent cinema. Although we’re not near parity, there’s a slight improvement when we look at indie movies on the festival circuit, with women making up 32% of narrative feature directors at Berlinale, Cannes, Sundance, TIFF, and Venice from 2017-2019.

It should be obvious why we need more female directors. But if you want to debate the importance of having women in charge, here’s some numbers for you, brought to you by the Centre for the Study of Women in Television and Film.

Now that we have established the obvious (that we need more women in the directing chair), let’s talk about what we can do to make that happen. The #52FilmsByWomen challenge is a great way to discover lesser-known female directors and start the conversation about gender inequality in directing with your friends and family.

In 2019, disappointed with my poor attempt the previous year, I fully committed to the #52FilmsByWomen challenge. Although I could have easily filled the list with re-watches (I saw Booksmart five times last year) and childhood favourites (like Stick It, Little Miss Sunshine, Mamma Mia!) I realised that wouldn’t be the most effective way to do the challenge. The purpose of this challenge is to discover new female directors, so I didn’t include any re-watches, and set off to discover 52 new directors.

I did it! 52 films later (some bad, most good, and some very good) I had finally completed the #52FilmsByWomen challenge. The full list of what I watched can be found here, but highlights of the year include Olivia Wilde’s teen comedy Booksmart,Jennifer Kaytin Robinson break-up/rom-com hybrid Someone Great, Beyoncé’s Coachella documentary Homecoming, Céline Sciamma’s French lesbian period romance Portrait of a Lady on Fire, and Kitty Green’s ground-breaking true crime documentary Casting JonBenet.

These five movies are as varied as they are excellent. Someone Great is a comedy about a twenty-something woman moving on from a relationship break-up to follow her career dreams with the help of her best friends. While it is a break-up movie, it follows all the tropes of New York set rom coms to deliver a fun, witty, and at times very sad, reflection on growing up. Another ode to female friendships, Booksmart is a teen comedy which avoids all the offensive tropes of American teen comedies, placing two ambitious and smart girls at the centre of the story. While Booksmart and Someone Great made me cry with laughter, Portrait of a Lady on Fire (a moving tale of forbidden love between two women— an aristocrat and a painter— in 18th century France) just made me cry. Nominated for the Palme d’Or and winner of the Best Screenplay prize at the 2019 Cannes Film Festival, Sciamma’s critically acclaimed romance was one of the best films of 2019.

While both documentaries, Homecoming and Casting JonBenet couldn’t be more different. In Homecoming Beyoncé alternated between concert footage of her ground-breaking 2018 Coachella set, with rehearsal footage and interviews explaining her vision— to produce a concert tribute to Black Americana and the HBCU college experience. In Casting JonBenet, Kitty Green explores the myth of JonBenet Ramsay, a child beauty queen who was murdered in her home in 1996, and whose fate is one of the great unsolved mysteries in true-crime history. Instead of the traditional documentary format, Kitty Green casts amateur actors from Colarado (where Ramsay died) and “auditions” them to play the role of JonBenet and her family, while interviewing them about who they think did it. These five films were up there with the best movies I saw in 2019, and I highly recommend giving them a watch.

Doing the challenge in 2019 was so satisfying, I am back at it again for 2020. Although I’m slightly behind my schedule (we are sitting at week 20 of 52, and I’ve watched 13 so far), isolation has proven to be a great time for a binge watch, and I am sure to be up to date soon. So far, my favourites have included Greta Gerwig’s Little Women, Cathy Yan’s Birds of Prey, Tayarisha Poe’s Selah and the Spades, Andrea Arnold’s American Honey and Desiree Akhavan’s The Miseducation of Cameron Post. Over the next few months, I plan to review every movie I watch as part of 52 Films By Women 2020, so stay tuned for my first entry very soon!

By doing the challenge, I have discovered just how many incredible female directors are out there of whom I was unaware. The challenge has also been a starting point towards a bigger conversation about gender inequality in directing, which has led to me writing my Honours thesis on female directors in Australia’s theatre industry. I am having a lot of fun doing #52FilmsByWomen2020, I hope you’ll join me.

Share
Previous Chants from the Chancellery #2: Testimony of a Student in an Online Lecture
Next Can I Offer You Some Lo-Fi Beats in This Trying Time?