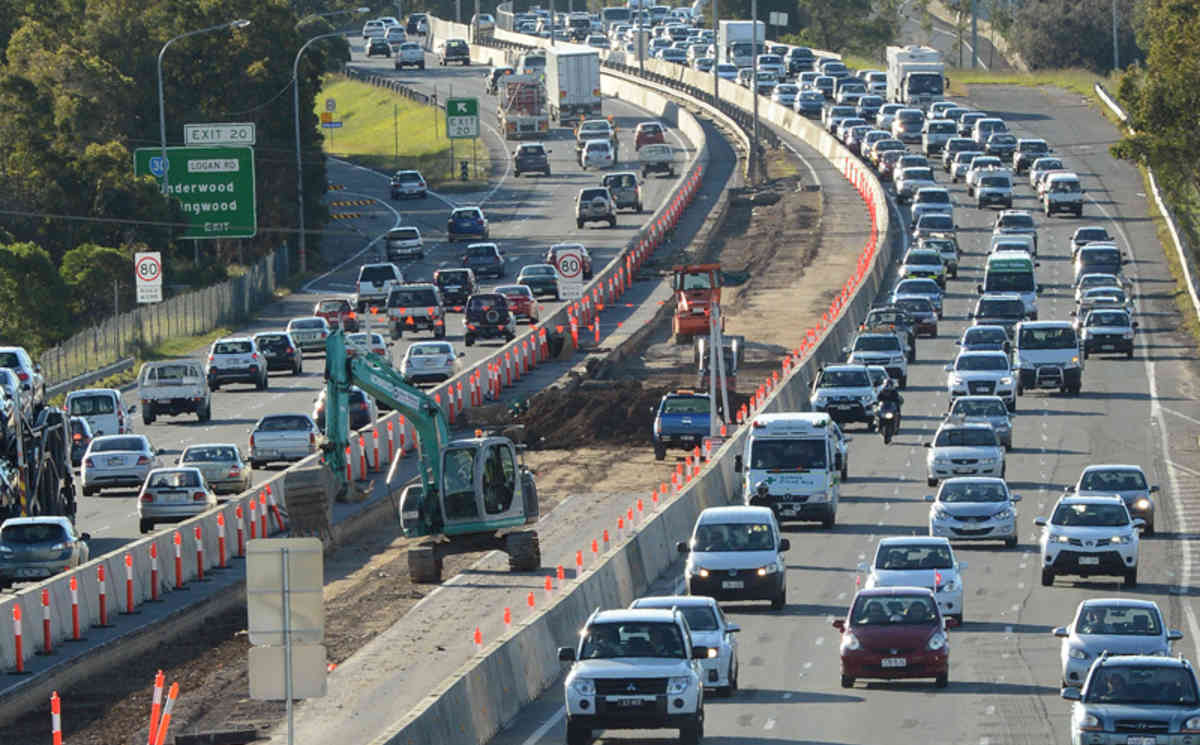 Work is carried out on the widening of the Pacific Highway near springwood, south of Brisbane, Monday, June 24, 2013. (AAP Image/Dave Hunt) NO ARCHIVING

How many times have you waited to get the 370 from High Street down to Coogee or Newtown, knowing you’ll end up cursing in frustration as three turn up at the same time, all at varying degrees of very-very late? Or tried to drive to UNSW and ended up spending longer than your journey took, trying to find a park a reasonable distance from campus? Too damn many? Yeah, me too.

I think it is pretty reasonable to say that Sydney’s transport network is abysmal. Known for its history of destroying good things (Who the hell thought it was a good idea to cement over our extensive tram network? Get lost car lobby), the NSW government’s lack of future planning, compounded with a growing urban population, has resulted in roads and public transport that is crippling under the weight of over four million people’s needs. An exchange student friend described Sydney buses as ‘third world’. Clearly, we need investment in transport solutions, so why is WestConnex, pitched as part of this solution, so controversial?

If you haven’t paid much attention, the public outrage surrounding this proposed $17 billion toll road could seem like the petulant cries of inner-city yuppies, sparked by a nimby-esque defensiveness. But as soon as the project is given even a little scrutiny, it becomes apparent that this so-called solution is not the one we deserve, and that locals are doing the rest of us a favour, as they begin to blockade and delay the road’s expansion.

The issue of WestConnex as a whole is more complex than can be articulated here, but can broadly be described as follows. What we’re seeing is a huge spend on transport for a less than impressive result; the expansion and lengthening of an existing road into the city, a lack of planning for what to do with an influx of cars into the city, the privatisation of this road in a manner that is more likely to hit low income earners hard, and precious little invested into the affordable reliable alternatives that people need – which probably shouldn’t rely on petrol, cars and roads. By simply tinkering around the edges of Sydney’s existing road network, it is very doubtful that WestConnex will bring the kind of radical improvements we should rightfully expect from this once-in-a-generation spend on city transport infrastructure. This is without even launching into the important conversation to be had around supporting more cars on the road, while the rest of Sydney’s network – where these cars will presumably come from and go to – screams out for a break.

These issues are ones that should be debated and addressed, but instead, what we have seen is a blatantly obvious lack of proper avenues for consultation, input and criticism. With such a huge spend of taxpayers’ money, leading to even greater pocket-digging for the people of Sydney as the tolls emerge, the government should be certain that WestConnex is a solution that people want and will use. A far cry from this, we have seen ordinary residents of the inner suburbs of Sydney mobilise in an almost militant fashion, holding rallies, getting arrested for occupying houses ready to be demolished, and stacking council meetings in an attempt to, at the very least, put the brakes on this rushed project.

On top of this, the whole thing reeks of corruption and bad decisions, fitting the tune of bad development that NSW and Australia have earned a reputation for in recent decades. The company contracted to build WestConnex has been involved in a host of other failures, while the local councils that object to WestConnex have collapsed and combined under a new ‘administrator’ appointed by the conservative state government that is one of the dwindling number of supporters of the project.

What angers me the most about WestConnex is the sheer lack of foresight that it speaks to, as privatisation and extension of an existing road is prioritised over the need for huge investment to make public transport more accessible and reliable. Transport should be built with generations to come in mind, and needs to arise from the articulated needs of the people that use it.

WestConnex, as I see it, is just scratching the mosquito bite – likely to give a bit of relief, but only going to exacerbate the problem.

To find out more about the details of all the shoddy corner-cutting of WestConnex or get involved in the campaign against it, check out WestConnex Action Group online.

Share
Previous OLDER THAN UNSW: THE TREE OF KNOWLEDGE
Next Election 2016: Behind the Vote Count