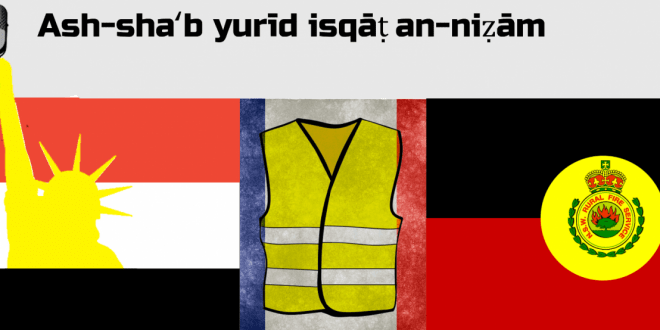 Last year, we saw an explosion of protests and revolts that have been simmering away over the past few years. There is a sense of possibility that is spreading across the globe, that change is possible. Here are five movements that continue to move forward and are worth keeping your eye on this year.

Demands: Full withdrawal of the extradition bill, inquiry into police brutality, reference to them as ‘protesters’ rather than ‘rioters’, amnesty for arrested protesters, dual universal suffrage in both Legislative Council and Chief Executive Council.

Background: For the last six months, Hong Kongers have been fighting an impressive battle for political freedom. They are opposing mainland China’s attacks on their democracy and independent status. August saw Hong Kong’s biggest strike in almost 50 years and in November the pro-China party lost over 100 seats in the District Council elections.

Highlight: The student occupations of the universities have been expressions of cooperation and unity. A student commented ‘I have cried several nights because I am touched by the sense of unity. The whole thing is built on trust; all the Hong Kongers helping. I don’t know him. I don’t know her. [He’s pointing at passing students, voice breaking.] But we are working together … We don’t know each other personally, but we are allies.’

Background: Iraqis have continued to protest against foreign invasion and structural inequality since 2003, and the latest wave began in September last year. Though most of Iraq’s money comes from oil trade, Iraqi workers are overwhelmingly poor. Since December, the Sunni Muslim population has joined to protests, crossing the sectarian divide between Sunni and Shia Muslims. Prime Minister Adil Abdul-Mahdi resigned in November, but protesters continue to fight for real system change.

Highlights: The shell of a skyscraper called ‘The Turkish Restaurant’, where medics attend to the wounded, people are fed, and basic services are restored. Protester and engineer Bashir Ghalib tells Hürriyet, ‘We worked with volunteers and donors to install electricity in the Turkish Restaurant in six hours while successive governments have not been able to bring light in 16 years.’

Demands: No pension change, ‘Macron Dégage’ or Macron own up, step down, get lost.

Background: French people have been resisting the for-profit, anti-welfare agenda of the Macron government since his election. The current surge of protests began as a response to an increase in fuel prices, and now have connected with union resistance to pension reforms, which would increase the retirement age and reduce pensions for large sections of the workforce. Pension reforms were previously introduced in 1995 and 2010. Strikes and protests in 1995 were successful, but in 2010 the Sarkosy government won and increased the retirement age.

Highlight: The Paris Ballet, who are forced to retire at 42, performing Swan Lake in the streets while on strike.

Symbols: Yellow vests that all French workers are required to keep in their cars, ‘Cheminôts’ or railway workers who have been leading the strike movement.

Background: Activism isn’t reserved for countries on the other side of the world; we have movements growing here as well. Australia has been ravaged by a shocking fire season. In January, tens of thousands of people hit the streets for protests organised by Uni Students for Climate Justice. These protests have been decried by politicians and the media as being inappropriate and tone-deaf, despite the involvement of fire victims and firefighters.

Highlight: Nelligen firefighter Paul Parker has not had to buy a beer since telling the PM to fuck off in a Facebook video in early January.

Symbols: Koalas recuperating from the fires, the RFS logo, Gen Z expressing their hatred of ScoMo on TikTok.

Demands: Implement the recommendations from the 1991 Royal Commission report.

Background: The first Aboriginal death in custody in 2020 occurred on the 2nd of January. Aboriginal oppression has existed in Australia since the invasion of white settlers and police repression is a key part of that oppression. In 1991, a royal commission into deaths in custody was released, yet since then, 400 more deaths have been reported – an average of 20 per year. A police officer has never been convicted of the murder of an Aboriginal prisoner or inmate as of the time of writing.

Highlights: Tens of thousands of people across the country attending Invasion Day marches on the 26th of January, standing in solidarity with Aboriginal people.

Symbols: The Aboriginal flag, the faces and names of people killed in custody.