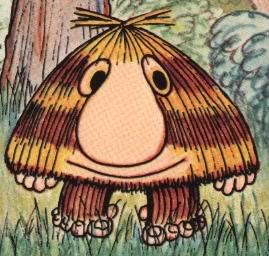 The budget according to Grug.

It was the morning of the Federal Budget. For conservatives in Australia, it felt like the night before Christmas. The sweet succor of poverty, hardened hearts and social inequality were what they had been dreaming of. Tony Abbott was licking his reptilian lips and was strapped into an electricity charge in a vain attempt to expand his outer cortex, to conjure intellect, and justify the upcoming announcements. Joe Hockey had declared that this was the end of “the age of entitlement” and that we needed to stop class warfare at least six times every sentence, to the point that his speech was utterly incomprehensible. Andrew Bolt had his pen poised desperately grasping at the straws of his tumbleweed brain, straining to say something remotely intelligent. And the rest of the nation was exhausted, beaten down by the fact that they had somehow voted in that man last September.

For Grug, it was all too much. He declared himself ‘entitled’ to an afternoon nap to provide himself with the space he needed from the media frenzy around the budget. Then he started dreaming: Dreaming about an Australia where political action trumped sloganeering; where the endless leftist discourses about intersectionalities actually materialised into substantive policies to support the poor, the disabled, the young, the ill; where criminal justice meant engagement rather than punishment; where a genuine desire for exploration and social engagement filled the hearts of all Australians. Many inspirational figures traversed the fertile landscape of Grug’s dream: Arundhati Roy, David Marr, Peter Sanders and bell hooks in unison, not disagreement, with Beyonce. Then his dream changed complexion: The specter of Tony Abbott loomed up and cast all of these figures into the shadowlands. Doubt became omniscient, enduring, savage. And Grug knew that he had to stand tall and fight with his entire two foot frame to make a difference. “It was the best of times, it was the worst of times,” echoed Charles Dickens in his ears. Startled, Grug woke up and resolved to do things different, do things better: He waged to think, participate, share, forgive, love and fuck as he never had before. As far as Grug was concerned, not only was he ‘entitled’ to do these things, they were his duty.