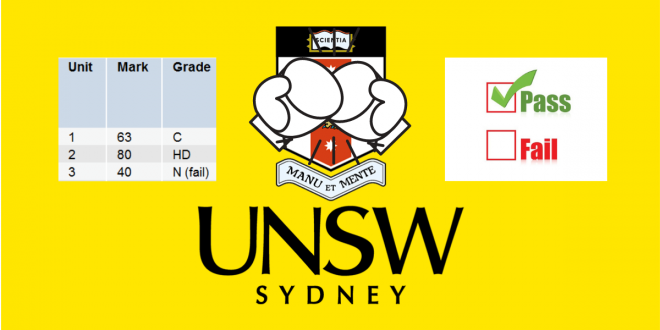 Tharunka asked students what they thought about UNSW’s proposal to change first year assessments to pass/fail only. Here’s what they said.

Overall, a majority of 54% of 240 respondents either strongly disagreed or disagreed with a pass/fail grading system for first year. 44% of students strongly agreed or agreed. Only 2% remained neutral.

The overwhelming majority of students who responded were first year students, making up 52% of the total number. This was followed by second years at 20%, third years at 10%, fourth years at 10% and fifth years at 3%. Only two respondents were postgraduate students.

One of the primary reasons’ students disagreed with changing first year to pass/fail was because of the impact it would have on students’ motivation to strive for high grades.

One student said “Where is the differentiation? How are hard-working students meant to be rewarded? How does this motivate students to actually learn the content?”

Another student shared their own experiences: “I have done pass/fail courses and graded courses. Graded courses incentivise learning the content more deeply to be rewarded with higher marks. Pass/fail suggests to students who would [ordinarily] extend themselves to just do the amount required to pass”.

Others were concerned about the lack of differentiation between a High Distinction grade and a Pass grade if the changes were to go ahead.

“I disagree vehemently with making first year pass/fail. I worked my tail off to have HDs and Ds in my first year and I know many other students will choose to do the same”.

AGAINST: Impacts on further study and opportunities

Another significant concern for students was the knock-on effects for later years of study, deferring issues to second year or making internal program transfers extremely difficult.

“I believe that introducing grading systems in second year will only just delay the shock and stress that students may typically have in first year until later”.

“Many of my peers and I require our WAMs to transfer to other degrees. Changing to a pass/fail system would be detrimental to our futures. Moreover, it won’t prepare us well for future years in uni. We eventually will have to learn how to cope with the stress of the current system”.

Some were concerned about how it would impact job and internship opportunities if they did not have a WAM to distinguish themselves from others.

“The WAM is an important metric in the internship process (which many people apply for immediately after first year”.

“Pass/Fail feels good in the short term, but it sets a bad precedent and only makes it more difficult to deal with problems later on in uni/career.”

FOR: Reduces stress in the transition to uni life

On the flip side, students overwhelmingly agreed with a pass/fail grading system as a solution to the stress and pressure of starting at uni for the first time.

One student shared their struggles, saying “This first year has been super stressful adjusting to uni life and [the] workload. On top of this, I’m doing three difficult courses for the first term, which completely changed my focus from actually learning Engineering skills that would help me in the future, to simply aiming for a high WAM”.

Others wanted the ability to immerse themselves into the social fabric of uni.

“First year should be more relaxed to allow first years to settle in properly and stabilise their social circles rather than throwing away those opportunities for grades and stress”.

“[It] allows for an easier transition into uni, more social time, the ability to find your passion and what you really want to study at uni”.

FOR: Allows students to adjust to new academic expectations

Students wanted time to get used to the new academic standards, which many said were very different to high school.

“The university standards/practice of learning is vastly different to high school”.

“First year should be a trial year for us to adjust into university, as the transition from high school is definitely not easy”.

One older student explained they would have benefitted from a pass/grading system in their first year:

“I screwed up badly in my first uni at uni (I barely passed my subjects – I went into uni thinking ‘P’s get degrees). I needed time to adjust to uni and see what it was like before I worked toward my grades…It would be awesome for other first years to be given the opportunity to adjust”.

The proposal to make first year pass/fail is still undergoing a period of review by the Assessment Working Party (AWP). Tharunka has handed over all 240 student responses over to the AWP as they continue their work.

According to Director Teaching Strategy Alex Steel, “Student input into these ideas is critical and that feedback will help inform discussions”.

To see the full list of student responses, see this Excel Spreadsheet.

Previous From buddy to bestie: First friendships at UNSW
Next Let Albo be Albo