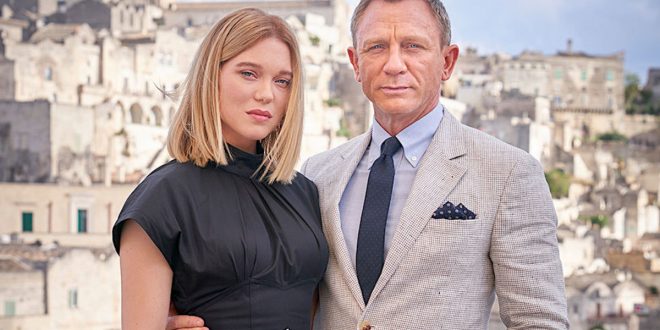 007 Retrospective: Bond Girls Through the Ages

Before shit hit the 2020 fan, the 25th James Bond film No Time to Die was scheduled to be released in April. Being a 007 fan who has never actually seen all the instalments, I decided to binge the longest-running movie series, from Dr. No to Spectre. As I powered through each film, thoughts collided in my head and I began noticing changes in how the franchise evolved over time. This analysis will be split into three articles, each scrutinising a key aspect of how the series has changed its 50-year history. In this first entry, I will be discussing its representation of women.

Anyway, the Bond girl archetype forms the basis of long-running criticism that the series is misogynist. I disagree with this. First, let’s be clear- I’m not here to defend Bond in any way. At best, he’s an irresponsible womaniser (and an assassin), and at worst, he’s a full-on sex offender. Judi Dench’s M even straight up calls him a “sexist, misogynist dinosaur”. However, I think the series itself- the filmmakers behind certain instalments- has attempted to create strong female characters and three-dimensional relationships, all the while keeping the intriguing aspects of Bond’s character.

The most obvious subversion is the female villain, which pops up from time to time. Xenia Onatopp (Famke Janssen) from GoldenEye, who kills her victims mid-coitus, exemplifies the best female villain. Her intimidation comes from the power to sex as a weapon against her male enemies, and against Bond himself. Never once does the film frame her kills in an exploitative way. It may be sexualised, but she’s not objectified. For me, sexualisation is a process in which a character is viewed through a sexual lens- this emerges from the inherent sexuality of human beings and can be done without taking away a person’s humanity or autonomy. On the other hand, objectification takes it one step further and reduces a person to a status that is devoid of that humanity or autonomy. Xenia Onatopp is in full control of her sexuality.

A less successful example of a female villain is Elektra King (Sophie Marceau) from The World is Not Enough. Although Marceau portrays her exquisitely, her characterisation switches from one stereotype to another. King starts the film as the film’s McGuffin for Bond to protect and is then revealed to be a secondary villain just because of a Stockholm syndrome that developed when the big baddie Renard (Robert Carlyle) kidnapped her as a child. It’s also strongly implied she was raped by Renard. This type of character motivation is insulting to both her character and the audience. It suggests that a female villain can’t really be the mastermind but has to submit to the whims of a more powerful force.

The Man With the Golden Gun

Now, before we continue, I just want to get the worst out the way. Heaps of infamous moments throughout the series have aged terribly. There’s the scene where Bond forces himself onto Pussy Galore (who’s a lesbian), which apparently has the effect of both turning her straight and turning her against her evil employer Auric Goldfinger. Then there are Roger Moore’s last few Bond films—For Your Eyes Only, Octopussy, A View to a Kill— in which he sleeps with women who look like they could be his daughter. Let’s also not forget the more recent transgressions: Bond seduces Sévérine in Skyfall even after finding out that she was a child victim of the Macau sex trade. Her character dies soon after in a sparring contest between Bond and the film’s villain Silva, prompting gender studies scholar Lisa Funnell to describe Sévérine as “one of the most disempowered, pitiful, and tragic women in the Bond film franchise”.

However, in my opinion the film that exemplifies the issues with Bond’s actions towards women has to be The Man With the Golden Gun. In this film he continuously goes above and beyond the realm of acceptability. The most uncomfortable scene in the franchise comes when he armlocks, slaps and thrashes Andrea Anders (Maud Adams) around for no necessary purpose. The film then follows that with Bond disregarding Anders’ pleas for rescue while Agent Mary Goodnight (Britt Ekland) hides beneath the covers.

Sleeping with the Enemy: The Spy Who Loved Me & Tomorrow Never Dies

There are many female agents who help Bond in his missions, but only two have ever been treated as partners and equals. The Spy Who Loved Me teams Bond up with KGB agent Anya Amasova (Barbara Bach) at the height of the Cold War. Tomorrow Never Dies switches the Soviet Union for Communist China, putting Bond with MSS agent Wai Lin (Michelle Yeoh).

The one major issue I have with The Spy Who Loved Me is that the filmmakers seem to push Anya as strong female character, but then shamelessly regresses her into a sex object by the finale. Bond killing her lover in the pre-credits sequence is used as a plot device to wring tension, but then she just falls into his arms despite threatening to enact revenge prior to the final act.

“She’s having a rest”: On Her Majesty’s Secret Service

Apart from being George Lazenby only outing as Bond, On Her Majesty’s Secret Service also stands out as the first in the series to show him in a tender light. There have been films in which the Bond girls fall in love with him: Live and Let Die orThe Living Daylights, for example. But Bond acts more like a caring father figure on those films. On Her Majesty’s Secret Service is the first time we see Bond falling in love, as a man who is capable of real emotion.

The filmmakers dedicate a significant amount of time fleshing out Bond’s relationship with Tracy di Vicenzo (Diana Rigg), whom he marries. Tracy is one of the only Bond girls who is given agency by the screenwriters. The film’s slow courtship montage is sincere, and dare I say, beautiful.

On Her Majesty’s Secret Service’s ending still shocks to this day. After Tracy is gunned to death right after their wedding, the film closes with Bond cradling her corpse.

“The bitch is dead”: Casino Royale

The next time we see such an emotional Bond is in Craig’s portrayal. Following On Her Majesty’s Secret Service’s lead, Casino Royale also devotes a substantial amount of screen time to the romance between Bond and Vesper Lynd (Eva Green). After Vesper’s death at the end of Casino Royale, the series continues to explores his grief in Quantum of Solace, which sets him on a dark path that leads him to become the hardened character that we all know today.

The future for the Bond series looks brighter in terms of how its creators craft dynamic and authentic female characters. No Time to Die, co-written by Phoebe Waller-Bridge, seems to revolve one of its plotlines on the relationship between Bond and Madeleine Swan (Lea Seydoux). I hope to see it expand on their story from Spectre onwards, and hopefully carve out an example of how to move forward for the series.

Previous Breathing Parody
Next My Son Used to Have a Mother